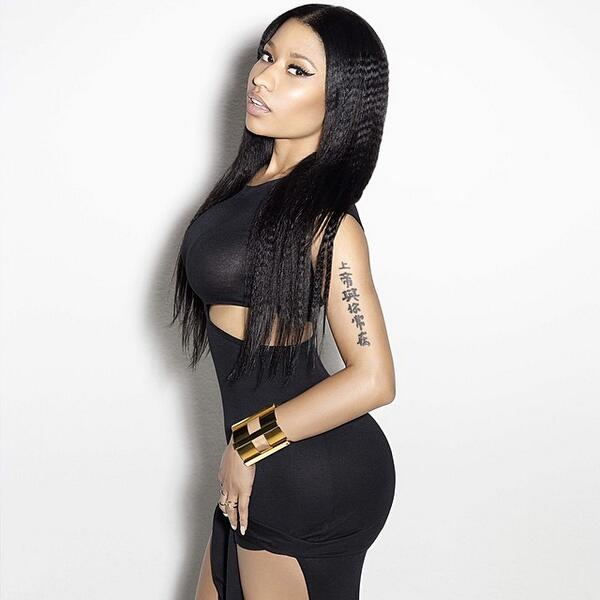 Born in Saint James, Trinidad and Tobago and raised in South Jamaica, Queens, New York, Minaj earned public attention after releasing three mixtapes between 2007 and 2009. She has been signed to Young Money Entertainment since 2009.

Minaj’s first and second studio albums, Pink Friday (2010) and Pink Friday: Roman Reloaded (2012), both peaked at number one on the U.S. Billboard 200 and produced the successful singles “Super Bass” and “Starships”, respectively. In 2010, Minaj became the first female solo artist to have seven singles simultaneously charting on the U.S. Billboard Hot 100. Her third studio album, The Pinkprint (2014), was preceded by its second single, “Anaconda”, which peaked at number two on the Hot 100 and is her highest-charting single in the U.S. to date. Minaj made her film debut in the 2012 animated film Ice Age: Continental Drift, followed by supporting roles in The Other Woman (2014) and Barbershop: The Next Cut (2016). In 2013, she was a judge on the twelfth season of American Idol.

Minaj was the first female artist included on MTV’s Annual Hottest MC List, with a New York Times editor saying that some consider her to be “the most influential female rapper of all time”. In 2016, Minaj was included on the annual Time 100 list of the most influential people in the world. Her rapping is distinctive for its fast flow and the use of alter egos and accents, primarily British cockney. Early in her career, Minaj was known for her colorful costumes and wigs. According to Billboard, Minaj has the most Hot 100 entries for a female artist in the chart’s history, while being ninth overall. Minaj has received ten Grammy nominations throughout her career, and has won six American Music Awards, eleven BET Awards, three MTV Video Music Awards, four Billboard Music Awards, and was the recipient of Billboard’s Women in Music 2011 Rising Star award. She has further endorsed Adidas, MAC Cosmetics and Pepsi. She has sold 20 million singles as a lead artist, and 60 million singles as a featured artist worldwide.