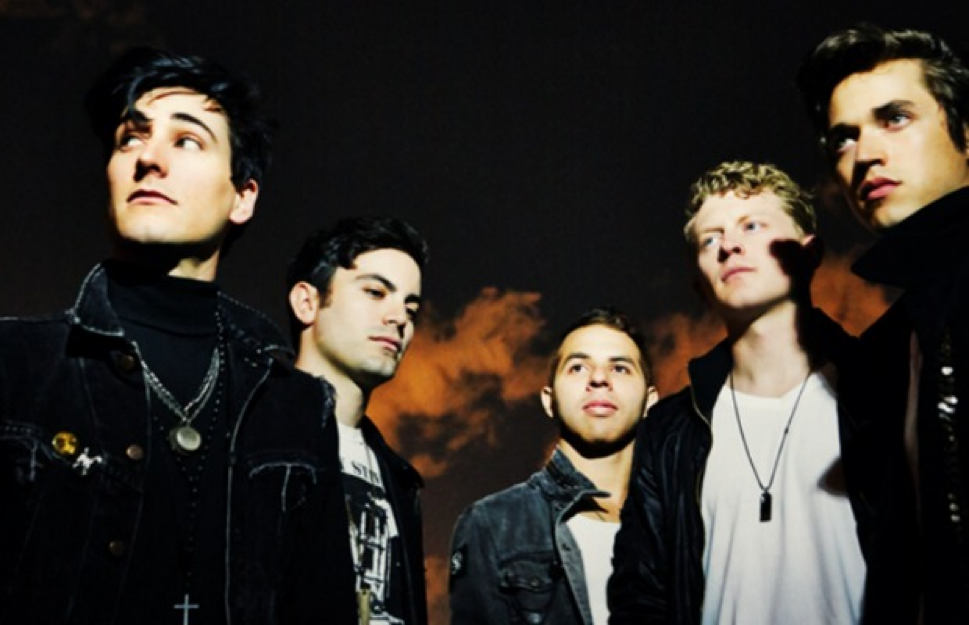 Formed in 2010, the band consists of Travis Hawley (lead vocals), Nick Fotinakes (guitar), Matt DePauw (guitar), Mikel Van Kranenburg (bass), and Rico Rodriguez (drums). In 2014, Night Riots debuted their single “Contagious” on radio station KROQ and supported musician K.Flay on a US tour. On October 23, 2014 they premiered their music video for Contagious through MTV and announced their signing to Sumerian Records. On January 20, 2015 their EP Howl was released and the band was spotlit by Live 105 in San Francisco as one of “Aaron Axelsen’s Top 16 New Acts To Watch In 2015”. In February 2015, Night Riots embarked on their first full US headlining tour. In March and April 2015, Night Riots were main support on The Mowgli’s US and Canada tour. In May 2015, Night Riots performed for the Vans Warped Tour 2015. On September 16, 2015, Night Riots performed at the debut of the new, tenth-generation Honda Civic Sedan.

In the fall of 2015 following the Vans Warped Tour, Night Riots also went to the Let The Kids Riot tour as main support to Young Rising Sons, ending the tour and gaining vast new audiences.

In the Spring of 2016, Night Riots went on tour with Blaqk Audio, opening for The Material Tour, and revisited some of the same venues in the Midwest and East Coast from the LTKR tour. For the 2016 festival season Night Riots will attend BFD, Firefly Music Festival, Osheaga Festival, and Riot Fest in both Colorado and Chicago. In October 2016, Night Riots released their new album, Love Gloom, their first full-length album under a new label.