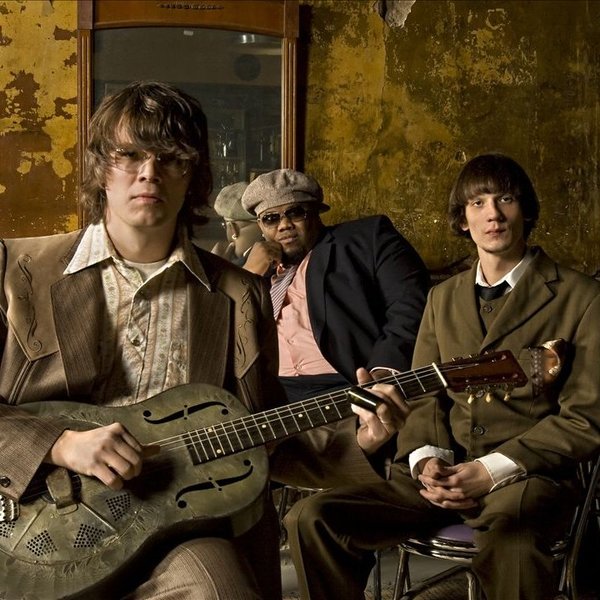 The band is composed of two brothers, Luther Dickinson (guitar, lowebow, vocals) and Cody Dickinson (drums, keyboards, electric washboard, vocals). Duwayne Burnside, who formerly played second guitar in the band, is a son of R. L. Burnside, who also played on some of the band’s tracks.

The Allstars’ first release, Shake Hands with Shorty, was nominated for a Grammy Award for “Best Contemporary Blues Album”. Since then, 51 Phantom and Electric Blue Watermelon have received nominations in the same category. The group also won a Blues Music Award for “Best New Artist Debut” in 2001.

The band made its network television debut in 2000 on Late Night with Conan O’Brien and served as the house band on the program Last Call with Carson Daly for a short period in 2004.

The band backs and tours with John Hiatt and released an album with him, Master of Disaster. All the members of the Allstars have also teamed up with Robert Randolph and John Medeski to form the Word.

In November 2007, Luther Dickinson joined the Black Crowes as lead guitarist and has appeared on their albums Warpaint (2008), Before the Frost…Until the Freeze (2009) and Croweology (2010). He currently devotes his time to both the Black Crowes and the North Mississippi Allstars. Cody Dickinson has also started a side project, Hill Country Revue, featuring Daniel Coburn, Kirk Smithhart, Doc Samba and Ed Cleveland. They are sometimes joined by Luther Dickinson and members of the Burnside family. They have released two albums, Make a Move (2009) and Zebra Ranch (2010).

Luther and Cody Dickinson’s father was the Memphis musician and record producer Jim Dickinson. Besides releasing music in his own name, he worked with Ry Cooder, Bob Dylan, the Rolling Stones, and Primal Scream. Jim Dickinson also established the Zebra Ranch recording studio complex during the 1990s in Hernando, Mississippi. His career spanned more than four decades before his death, on August 15, 2009.

The band opened for Robert Plant and the Band of Joy on their concert tour in 2011. They also opened for the Dave Matthews Band in the spring of 2013.

The band released the album World Boogie Is Coming in 2013 and the album Freedom & Dreams in 2015. In 2015, Luther Dickinson announced that Chris Chew had left the band.