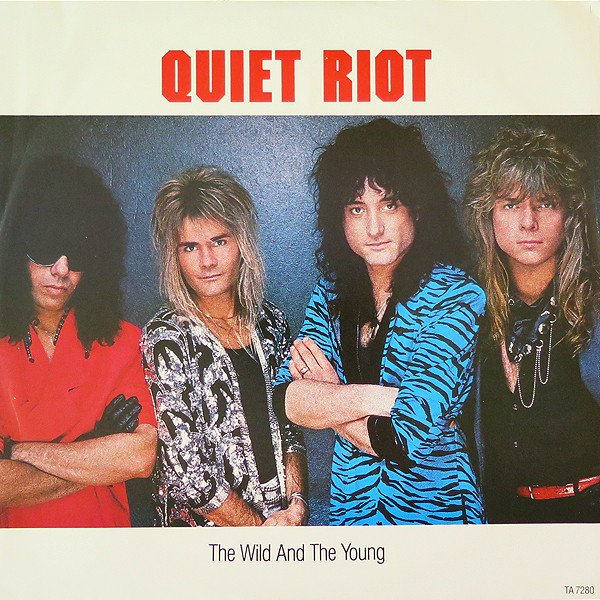 The band was founded in 1973, by guitarist Randy Rhoads and bassist Kelly Garni under the name Mach 1. They then changed the name to Little Women, before settling on Quiet Riot in May 1975. The band’s name was inspired by a conversation with Rick Parfitt of the British band Status Quo, in which Parfitt said he’d like to name a band “Quite Right,” and his thick English accent made it sound like he was saying “Quiet Riot.” The band is ranked at No. 100 on VH1’s 100 Greatest Artists of Hard Rock.

The original line-up featured Rhoads and Garni with lead vocalist Kevin DuBrow and drummer Drew Forsyth. Their most commercially successful lineup consisted of DuBrow alongside guitarist Carlos Cavazo, bassist Rudy Sarzo and drummer Frankie Banali, and in 1983 released their breakthrough album Metal Health, which is known for being the first heavy metal album to top the Billboard album chart. Despite several lineup changes and brief breakups, Quiet Riot continued to record and tour until DuBrow’s death from a cocaine overdose in 2007. Banali revived the band in 2010, and the current lineup consists of himself on drums, lead vocalist Jizzy Pearl, bassist Chuck Wright and guitarist Alex Grossi, with no founding members remaining.

The band have continued to record as well as tour following DuBrow’s death, and in 2014, they released their first album in eight years titled Quiet Riot 10, with their next album Road Rage set to follow summer 2017.