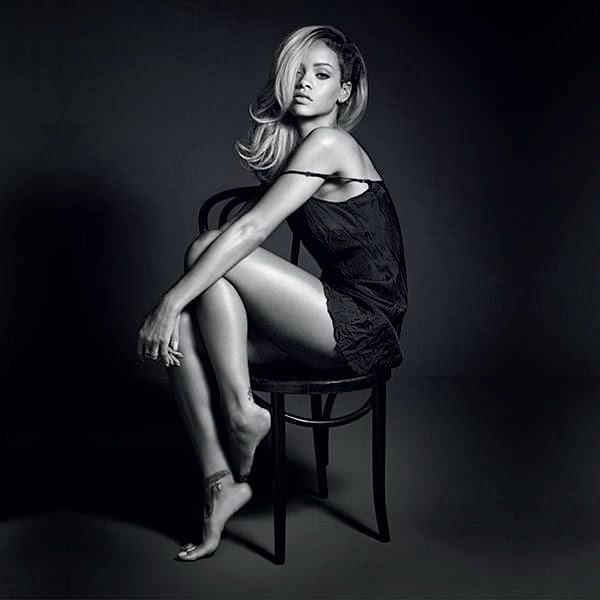 Born in Saint Michael and raised in Bridgetown, she first entered the music industry by recording demo tapes under the direction of record producer Evan Rogers in 2003. She ultimately signed a recording contract with Def Jam Recordings after auditioning for its then-president, hip hop producer and rapper Jay Z. In 2005, Rihanna rose to fame with the release of her debut studio album Music of the Sun and its follow-up A Girl like Me (2006), which charted on the top 10 of the US Billboard 200 and respectively produced the singles “Pon de Replay” and “SOS”.

She assumed creative control for her third studio album Good Girl Gone Bad (2007) and adopted a public image as a sex symbol while reinventing her music. Its successful lead single “Umbrella” became an international breakthrough in her career, as she won her first Grammy Award for Best Rap/Sung Collaboration with Jay Z in 2008. After releasing four consecutive platinum studio albums, including the Grammy Award winner Unapologetic (2012), she was recognized as a pop icon. Her eighth studio album Anti (2016) and its lead single “Work” reached number-one on the Billboard 200 and Hot 100. Many of her songs rank among the world’s best-selling singles of all time, including the singles “Umbrella”, “Take a Bow”, “Disturbia”, “Only Girl (In the World)”, “S&M”, “We Found Love”, “Diamonds”, and “Stay” in which she is the lead artist, and her collaborations “Live Your Life” (with T.I.), “Love the Way You Lie” and “The Monster” (both with Eminem).

With sales exceeding 230 million records worldwide, Rihanna is one of the best-selling artists of all time. Rihanna is the youngest and fastest solo artist to earn fourteen number-one singles on the Billboard Hot 100, and was named the Digital Songs Artist of the 2000s decade and the top Hot 100 artist of the 2010s decade by Billboard. Among numerous awards and accolades, Rihanna has won eight Grammy Awards, twelve American Music Awards, twelve Billboard Music Awards and the inaugural Icon Award at the American Music Awards of 2013. Widely recognized for frequently reinventing her style, she received the Fashion Icon lifetime achievement award from the Council of Fashion Designers of America in 2014. Forbes ranked Rihanna the fourth most powerful celebrity of 2012, and was named one of Time’s “100 Most Influential People in the World” later that year.