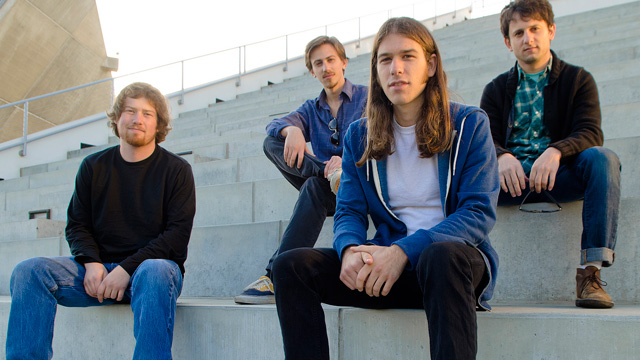 The Stone Foxes originated in the sleepy foothills of California’s Central Valley where members Aaron Mort, and brothers Spence Koehler (guitarist) and Shannon Koehler (drummer) grew up. After high school, they went to college at San Francisco State University.

A couple of years later, after living with the three founding members and discovering their similar musical tastes, Avi Vinocur (guitarist and bassist) joins the band.

Formed in late 2005, The Stone Foxes spent their first few years together working on balancing out their musical style. The end product (for now) is a style infused with country, rock, blues, and a touch of San Francisco. The group’s songs are full of classic blues structures and shout-along moments.

On April 14, 2011, they opened for Cage The Elephant and Grammy winners The Black Keys at Mesa Amphitheatre in Phoenix, Arizona. Their cover of Slim Harpo’s “I’m A King Bee” was featured in the national ad campaign for Jack Daniel’s Tennessee Honey.

With their fourth album, The Stone Foxes took a different approach to releasing their new music with Foxes First Friday. With plans to release a new song for free the first Friday of every month, the first single “Locomotion” was released on September 5, 2014. At the end of the releases, all songs will be compiled along with live versions, bonus tracks and photos from the road into one album compilation titled Twelve Spells. The album was released in August 2015.

In February 2016 The Stone Foxes embarked on their first UK tour with Bath-based, Zambian brother duo Bite The Buffalo

Looking to Book The Stone Foxes?