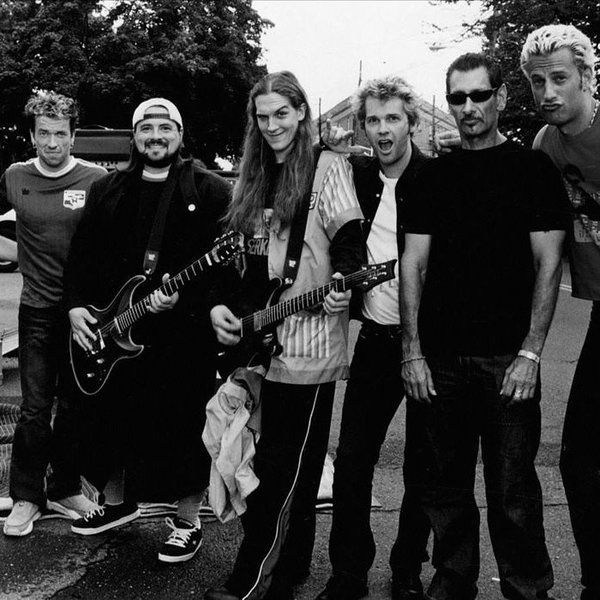 The band formed due to a “Rock Band” class at Marin Academy in San Rafael, just north of San Francisco. In 1990, as a project, students Luke Esterkyn, Greg Gueldner, Tom Haddad and Kirsten Stromberg went to Jim Reitzel’s Right Sole Studio in Kentfield, California. They produced a demo containing five songs, including “Blindness”, “Wild”, and “Dream Song”. After spring that year, they took their final half-semester off during Senior Project to form the band Stroke 9 for full credit. They set up in Esterkyn’s basement, and started writing songs for their next demo.

Stroke 9 had their first “official” live performance at Caffe Nuvo in San Anselmo. They split up for the summer and didn’t get back together until the summer of 1991. However, Tom Haddad and Kirsten Stromberg had no desire to revive Stroke 9. Therefore, Esterkyn and Gueldner recruited old schoolmates John McDermott and Stephen Heath. They moved from the basement to the garage and played publicly anywhere that they could. The band put out two independent releases in 1993 and 1995. Eric Stock began filling in on drums in April 1997; Stock was a New York transplant who had previously toured with Modern English.

After signing to Universal Records, the band released Nasty Little Thoughts in 1999, which charted in the US, yielded two rock radio hits, a re-release of “Little Black Backpack” (originally released in Bumper to Bumper) and “Letters”, and was certified Gold by the RIAA on April 21, 2000. The band appeared in the film EDtv as part of the promotion of Nasty Little Thoughts. In 2008 and 2010–present, Duane Leinan was part the touring band, and in the studio in LA and Sacramento with Stroke 9 A second album on Universal followed, entitled Rip It Off. The album’s art cover was made to resemble a bootleg CD-R, similar to that of System of a Down’s Steal This Album!, which was released about a year later. The album was not promoted heavily, and its lead single, “Kick Some Ass”, was less successful at radio. “Kick Some Ass” also appeared in Kevin Smith’s Jay and Silent Bob Strike Back during a montage of Jay and Silent Bob flying around the country to attack message board users who bashed them. Late in 2003, the band split with Universal and announced plans to release its next album, All In, independently.