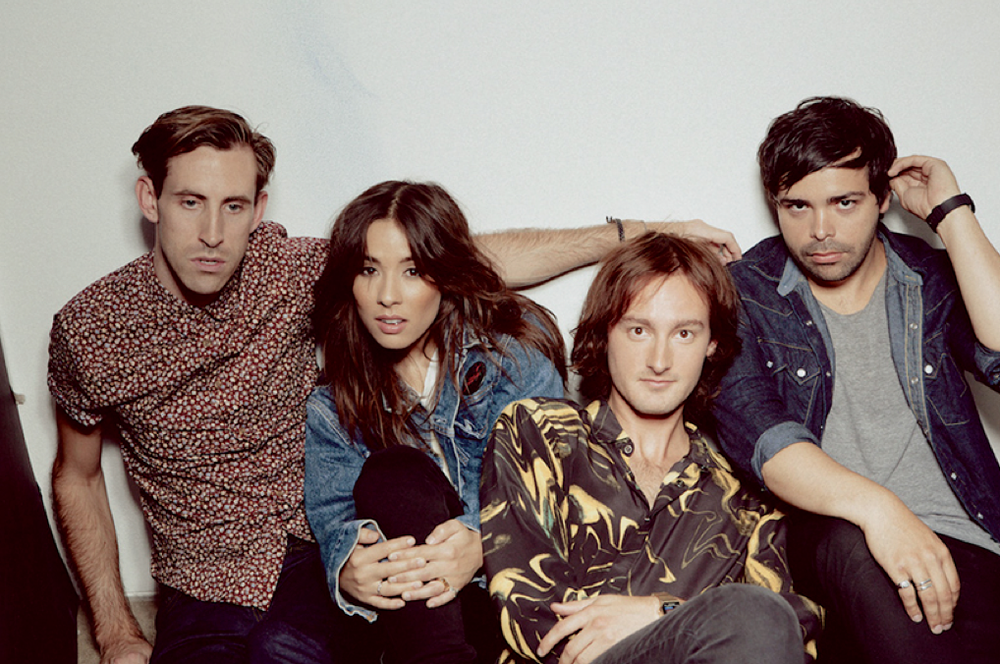 After years of performing concerts in their home town, the ensemble captured the eyes of major record labels during their residency at Los Angeles’ Bootleg Theater. In July 2012, the band signed a record contract with Universal Republic Records. In October 2014, the ensemble released their first remix EP entitled Inversions.

On March 5, 2015, radio station KSRY FM in Los Angeles, California published the single “When I’m Away”. Laura Neumayer of The Eagle Online describes the song as “complete with a groovy guitar riff reminiscent of The Lighthouse and the Whaler’s “Venice””.

On May 25, 2015, “When I’m Away” was featured as the theme song on a television commercial for Hulu. At that time, it was announced that the tune will be featured on Will You Wait for Me, the third EP from the ensemble.

On July 23, 2015, “Romancing” was released streaming on several outlets, including indieshuffle.com, as the second single from the EP.

On November 9, 2015, the group announced via their Facebook page that they are working on new music, with a subsequent post early the next year that Johannsen and the ensemble would be parting ways.

On December 18, 2016, the group announced Tuttle’s departure from the band.

Looking to Book The Colourist?