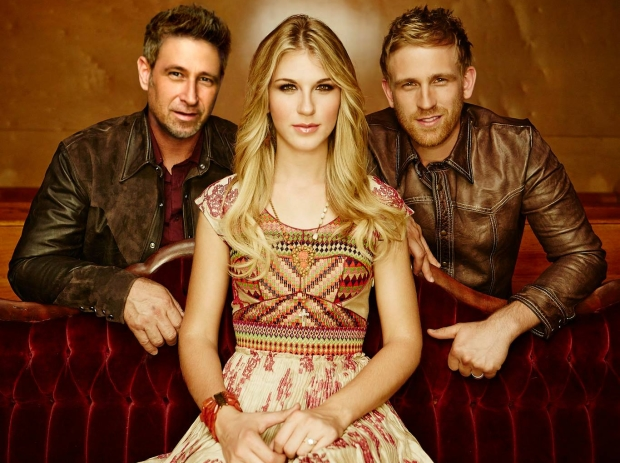 The Henningsens, consisting of Brian Henningsen and two of his children, Aaron and Clara, originated in Illinois, where Brian played in bands off and on throughout the 1980s and began songwriting in the early 1990s. He met with music publishers in Nashville in the mid-1990s but he put his career on hold to take over the family farm.

In 2008 at church, Aaron met Wynonna Judd’s husband and Highway 101 member Cactus Moser, who in turn shared The Henningsens’ demo recordings with producer Paul Worley. The Henningsens co-wrote The Band Perry’s singles “You Lie” and “All Your Life”, as well as several album tracks on The Band Perry. Their collaborative efforts would later yield several album cuts on Pioneer, including the title track, “Night Gone Wasted”, “I Saw a Light”, “I’m a Keeper”, “Back to Me Without You”, and “End of Time”. Other songs that The Henningsens wrote include “Love It Out Loud” for Wynonna Judd, “Alone” for Sara Evans, and “Six Gold Coins” by Highway 101. They then signed to Arista Nashville and began working with Worley on their debut album.

On December 17, 2012, the trio released their debut single (and album title track) “American Beautiful”. Billy Dukes of Taste of Country gave the single 3.5 stars out of 5. A self-titled EP was released on May 28, 2013. A full-length album, American Beautiful, was scheduled to be released on July 2, 2013, but has since been postponed.

On June 16, 2015 The Sims 4: Perfect Patio Stuff was released including a song recorded in simlish by The Henningsens, Like No One’s Watching, radio station backyard (the non-simlish version was released in 2016 on World’s On Fire).

In August 2015 The Henningsens parted ways with Sony Nashville. In the same month they released a tribute song to honour the farmers, Why I Farm, in partnership with Beck’s Hybrids. On May, 11th The Henningsens announced the release of their first LP album, World’s On Fire.

Looking to Book The Henningsens?