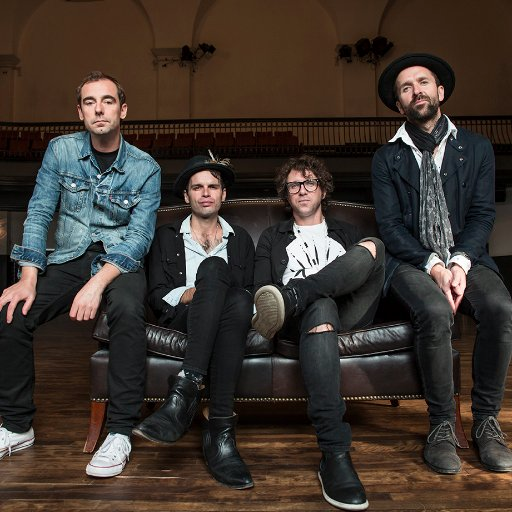 In 1998, a group of four young Canadians from Antigonish, Nova Scotia, decided to form a serious rock band. To do so, brothers Colin MacDonald (lead vocals/rhythm guitar) and John-Angus MacDonald (lead guitar/background vocals), cousin Sean Dalton (drums), and longtime friend Jack Syperek (bass) moved into a house in Niagara Falls, Canada, in order to be closer to bigger cities and to have a practice space in their own home. In 2002, the Trews (their name came from a fan suggestion, and is also the name of traditional Scottish pants) won southern Ontario’s 97.7 HTZ-FM’s annual Rock Search contest. This brought them attention from Big Sugar singer Gordon Johnson, who produced the group’s self-titled EP and brought them along on tour with his band. In 2003, with Sony Music Canada, the Trews released their first full-length album, House of Ill Fame. In the next few years, besides performing over 400 shows and winning the 2005 Canadian East Coast Music Award for Group of the Year, the Trews found time to write and record songs for their second record, Den of Thieves, released in the U.S. and Canada in 2006.

Looking to Book The Trews?