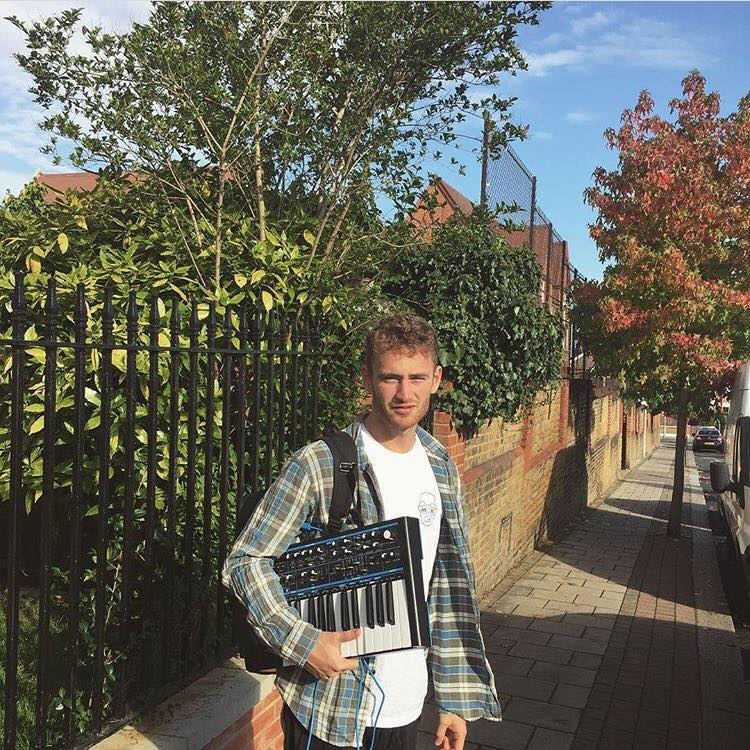 The 21-year-old producer dropped ‘Beat Tape 2’ in August 2015, a collection of songs and beat sketches he put together in the first half of that year, and he now has major tastemakers like Annie Mac, Zane Lowe and Beats 1’s Julie Adenuga queuing up to proclaim him as one of the most exciting new emerging musical talents.

While his current career trajectory, (which also includes a flurry of Hype Machine top five entries), might suggest someone with a book-full of career goals that he’s meticulously ticking off one by one, in reality – much like the music he makes – the South Londoner is calm, unhurried and softly-spoken, driven more by the desire to constantly make and share his music rather than any of the trappings of success.

Tom’s introduction to music came early on when – from the age of four – he’d be taken along to classical concerts by his parents and began to learn the violin.

“Initially it was a chore,” he says, “But in the long run, I’m definitely glad I did it. I think I picked it up quite easily on the whole.”

At nine he moved onto guitar and by the age of 11, he was working on his own compositions after acquiring a loop pedal.