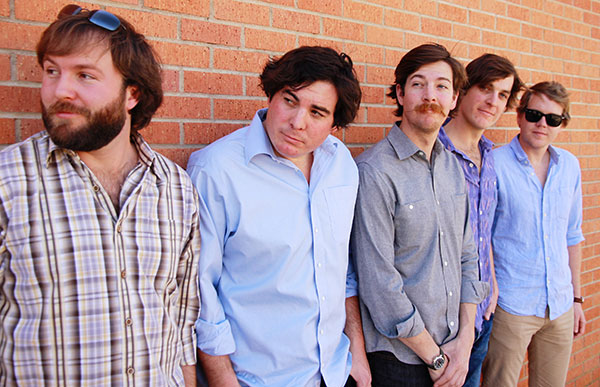 Gold Boots Glitter began to stomp to life while the band was on the road supporting Portraits.  Holed up in a Wichita hotel for two blisteringly cold days in early 2012, the boys began sharing ideas for what would eventually become their next batch of tunes.

“That was when we really started working together on music,” remembers Nolan. “It was freezing outside so we bunkered down and got to work on some songs.  This album truly began out there on the road.”

Returning to their ranch in Texas hill country to record, the collective vision started to take shape naturally. Located an hour outside of San Antonio, there isn’t any cell phone reception on the secluded ranch, but there’s lush wilderness to jog through and a lake perfect for a refreshing swim. The atmosphere definitely allowed the musicians respite from the hustle and bustle of touring. Simply put, trivial distractions didn’t exist.

“There’s just something about removing yourself from the city and getting out into the country,” Nolan smiles. “Nobody’s cell phone worked! We had to climb up a mountain to get service, but it was so beautiful. We were able to fully immerse ourselves in the process.