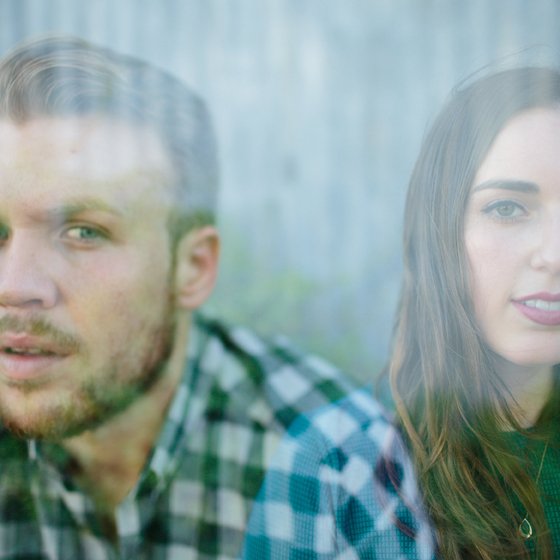 Beth // James is an alternative indie folk duo from Austin, Texas made up of singer-songwriters Jordan James Burchill and Mikaela Beth Kahn. Their haunting harmonies, moody guitar, and thoughtful lyrics create a captivating atmosphere. The pair met in 2008 while studying music at the University of North Texas. They quickly realized their musical chemistry and began playing together with various bands all over Texas. They’ve recorded albums, and performed everywhere from the Granada in Dallas to The Triple Door in Seattle, and The Gallery (at The Continental Club) in Austin. But now they’ve come together with their own unique expression of Americana. A blend of modern folk, mindful pop, and lush soundscapes.

The duo was recently selected as one of Kerrville Folk Festival’s 2016 New Folk regional finalists, are finalists in NewSong’s national LEAF 2016 Singer-Songwriter Competition, and won top honors in the 2016 Indie International Songwriting Competition (Folk category). Each are highly acclaimed songwriters and performers in their own right as well. Jordan won the John Lennon Songwriting Battle of the Bands competition at the age of 18. He’s also toured the country with his own music and is a sought after guitar player for famous R&B artists like Ndambi and Avant. Mikaela has been a finalist in singer-songwriter competitions like the Telluride Troubadour Competition, Kerrville New Folk Competition, and Mountain Stage NewSong Contest (Southwest region). She is an in-demand vocalist and has sung background vocals for R&B diva, Chrisette Michele, and pop star Ben Folds.   Together Jordan & Mikaela are writing new music, playing shows, and recording their debut EP to be released in Fall 2016. When not in Austin, they can be found touring the country, playing everywhere from seasonal festivals to timeless music halls and intimate living rooms.”