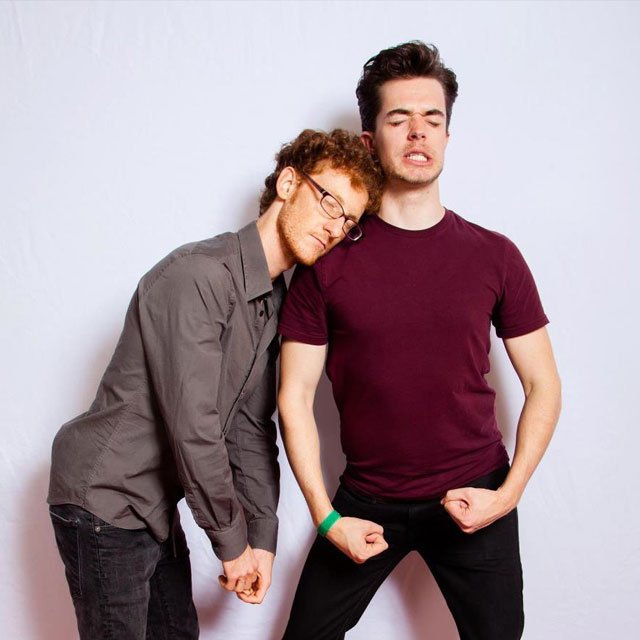 Edgy music-driven acapella comedy duo Dakaboom combines the musical genres of pop, hip-hop, opera, jazz, musical theatre, electronica and a cappella to modernize and reinvent the vaudeville artform. Ben McLain has made appearances on General Hospital, though he spends most of his time recording and touring with electronic vocal band Sonos, featured this past season on NBC’s The Sing Off. Actor/musician Paul Peglar works extensively with internet stars Chester See and Lana McKissack and was the original piano player on the first season of Fox’s Glee. Dakaboom celebrated their album release “Get Awesome” in NYC at the infamous club Don’t Tell Mama’s and was chased down the street by Andy Dick in their hometown of Los Angeles.