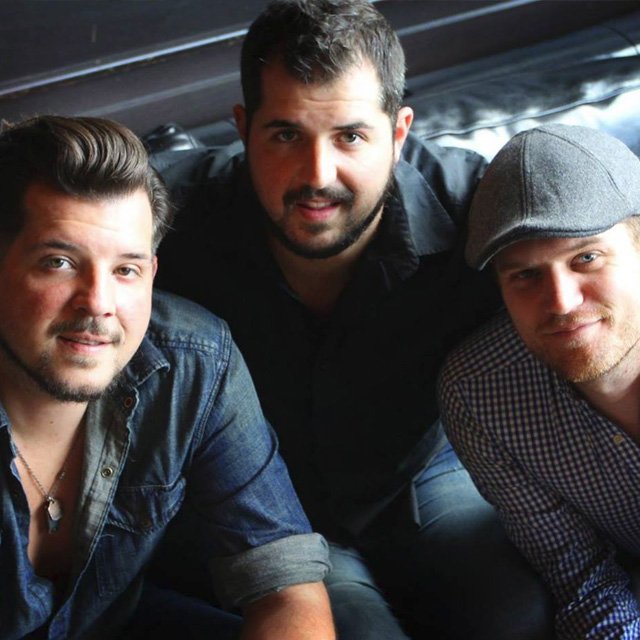 For brothers Dan and Nate Monea, their time is meant to be spent doing what they love – writing, recording and performing music. “Even though Nate was just 13 and I was 16 when we played our first show, I knew music would be our life”, says Dan. That passion was affirmed in 2012, when this childhood trio from Cleveland, Ohio were selected to open for Bruce Springsteen to perform in front of 60,000 fans during Hard Rock Calling’s summer music festival in London’s Hyde Park. The band secured this opportunity by winning Hard Rock’s worldwide battle of the bands, besting over 12,000 other bands from around the world.

Since then, Hey Monea has shared the stage with many of their musical heroes: ranging from the Bare Naked Ladies and the Goo Goo Dolls to the Doobie Brothers, Lady Antebellum, and Kid Rock. These influences resonate deeply in their music and was captured efficiently by legendary Grammy winning producer Dennis Herring (Counting Crows, Elvis Costello, Modest Mouse) on the bands’ major label debut, Cheap Souvenirs, in late 2013.

The band spent two years living on the road in support of Cheap Souvenirs, playing club dates and festivals across the country, as well as opening Bronze Radio Return’s entire 2014 Summer tour. On the heels of all of that activity, Hey Monea elected to seclude themselves away in a cabin in Florida to write, record and self-produce their newest release, entitled “The Fifty.” The record is meant to serve as a hearty homage to the United States, as Daniel Monea offers “not only is the American landscape the backdrop for our lives, it’s the inspiration as well. With every new city comes different food, different culture, different nature, and most importantly different people who live entirely unique lives.” Nate Monea adds “it’s our privilege as a band, being able to travel and see new and diverse parts of the country. We try to use that inspiration, and this new album reflects that.”

Hey Monea doesn’t consider themselves patriots in a traditional sense – as Daniel puts it, “We love America for the greasy spoons, farmers daughters, and fishing holes. For the people we meet along the way and for the freedom we all enjoy…”

“The Fifty” was released on October 23 on independent imprint Noble Steed Music, and the band is currently on tour with all of the enthusiasm reflected on this new, youthful batch of recordings.