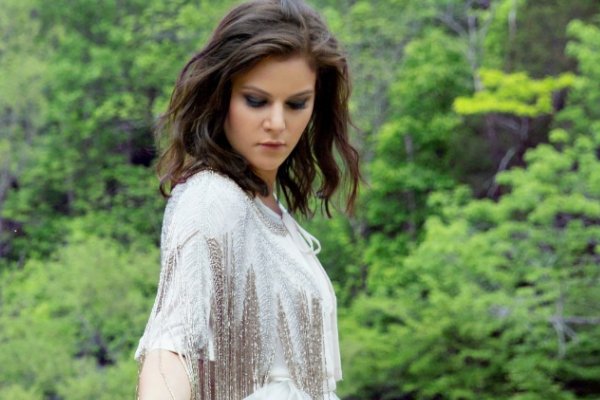 When Marie Miller writes a song, she does what all gifted writers do: She looks at her life and into her heart to make sure what she creates comes from real emotion and experience.

She also does something none of peers likely do: She searches through classic literature, whether it be Dostoyevsky, Tolstoy or Homer. There, she finds parallels for what she wants to say, channels that inspiration into her lyrics and comes up with something unique: Music that’s immediate and timeless, driven by feelings all listeners can relate to yet infused with a perspective that transcends the present.

“I have a song called ‘Story’ on my new album,” she explains, referencing Letterbox, scheduled for release in the spring of 2017 on Curb Records. “It brings in a lot of epic characters: Heathcliff and Catherine from Wuthering Heights, Hector’s wife Andromache from The Iliad. I’ve always loved epic stories — Anna Karenina, The Brothers Karamazov, Crime and Punishment — because they’re filled with relationships that are super serious and dramatic. Sometimes I feel like I’m right there in the midst of them.”

Yet Letterbox is no droning lecture on literature. It’s a celebration of freedom. Miller has paid plenty of dues to get to the point where she feels she can write what she wants how she wants to, and sing without constraint. Still young, she has survived years in the music business. She impacted initially with the infectious, “You’re Not Alone.” More than 115,000 downloaded that single on Amazon. ABC’s Dancing with the Stars featured her second single, “6’2,” in 2014.

That’s a success story for sure, one that Miller is grateful to have had. Still, she realized that this was only the first of many steps she needed to take to achieve her goals.

Much more than literature feeds into Miller’s unfettered performance on Letterbox. First and most enduring is the foundation she received from being born into a family that loved and performed music. They gravitated toward bluegrass and cultivated Marie’s obvious talent through lessons with banjo virtuoso Murphy Henry. Around age 12 she began singing with her family and later with her sister as a duo, appearing at churches, festivals, community picnics and, every Saturday, on the porch of the winery her father and a partner had opened in rural Virginia, across the road from the Miller family home.

Miller also began writing songs when she was about 12 years old. “The first one I started performing was an original melody and lyrics based on a poem I’d read in Lord of the Rings,” she says, with a grin. “I was really into American music at the time — the kind of music you’d hear in a Ken Burns documentary, the people’s music, the storytelling of bluegrass and Irish music. I was attracted initially to the New Grass artists, like Nickel Creek and Alison Krauss and mainly Chris Thile. She pauses and then laughs, a little embarrassed. “I was actually 100 percent certain when I was 14 that Chris Thile and I were going to get married someday.” Miller then found herself diving into the lyrics and melodies from the likes of The Eagles to Stevie Wonder to modern hitmaker Sara Bareilles. This wide range of influences impacted her music making when she signed with Curb Records in Nashville at the age of 16 where she fulfilled her dream to write songs. “I began my life as a traveling musician then,” she says. “I love

performing, but it was so uncomfortable to be 16 or 17 and have everybody telling me what to do. I remember one time five people criticized what I was wearing. When you’re 17 years old you’re uncomfortable with yourself already, so to have a bunch of old people talk to you about your clothes, it was just really weird.”

Discouraged, Miller returned to Virginia. She took time off from music, went to college for a while, but kept practicing and writing. With a new confidence, she eventually went back to Nashville. Before long she had made her mark in music. And from there, we come to this pivotal moment in her story.

Working with producers Eric Rosse (Sara Bareillis, Tory Amos) and Chad Capelin, Miller moved decisively into a new creative milieu with Letterbox. Begin with the title. “It’s from the Beatles’ song ‘Across the Universe,’” she points out, and then sings the John Lennon lyric: “Thoughts meander like a restless wind inside a letterbox.”

Why do these words speak to her? “I still write letters to my friends and to my grandparents and to my boyfriends … when I have them,” she says, smiling. “I’ve discovered that sometimes, when you want to say something, you just can’t. It’s too awkward. So Letterbox is about how I love to write letters but it’s also radically relational, about friendships, parents, a child or romance. It’s about how we affect each other as people.”

Miller describes the songs on Letterbox as “almost literal letters to people in my life. ‘Glitter Gold,’ ‘Boardwalk’ and ‘Angeline’ are like letters you leave on someone’s doorstep — teenage, broken-heart messages. ‘More’ is a letter that you never sent. ’Stones You Throw’ is about how the world feels ripples from every little thing we say or do, whether we like it or not. We live constantly in the ripples of other people’s actions, whether they’re from love or hatred.”

The album’s exultant first single, “This Side of Paradise,” which Miller describes as “hopeful and daring” … the promise to wait, in the language of many a folk song, for “the day that I see my own true love again” on “Lonely Ends” … compelling imagery, vocals that whisper and soar, from a lover “Lost at Sea” … Every moment on Letterbox rings true and lingers afterwards, like a memory or a passage from a favorite book.

This is the true Marie Miller, breathing in all that life has to offer and crafting it with her own sense of hope, wonder and enchantment.

And, in case you’re wondering, “Now, if people tell me what to wear or what to say, I just totally ignore them.”

← Marvelous Wonderettes Light It Up : Be the DJ →