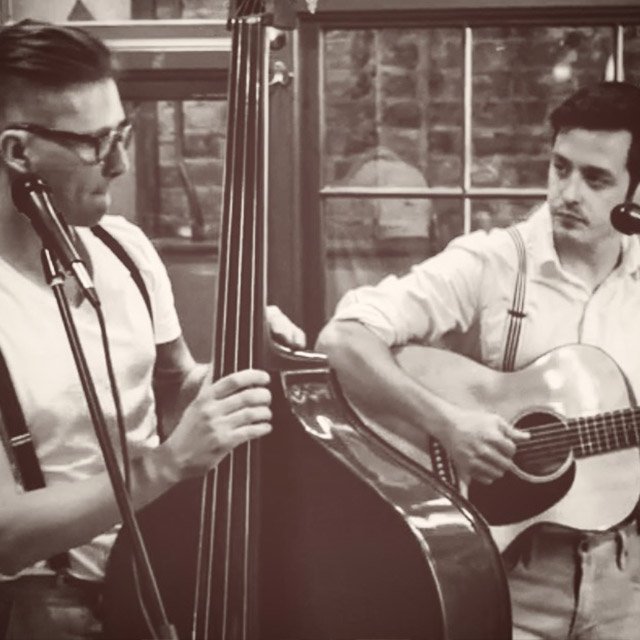 After years of song writing and performing locally as solo artists, Nashville’s newest up-and-coming duo Scott & Chris are joining forces and bringing their eclectic show on the road.

At the age of 5, Scott Wesley was writing his first songs on an old piano out of his parents Chicago home. By high school, he was penning contracts with labels,licensing music to Microsoft, and performing at SXSW. In 2012, Scott moved to Nashville to pursue his dreams as a singer/songwriter.

Growing up outside a small Kansas town, Chris Housman began his musical journey at the age of 7 when he taught himself to play the fiddle. Growing up listening to everything from Bluegrass to Motown, Chris marinates his diverse musical inspiration with small-town soul.

Combined, Scott & Chris have years of experience performing at various venues and festivals, including over 100 colleges and universities across the nation. They pull some of their favorites from their wide variety of musical influences to create an energetic set that appeals to all music lovers.