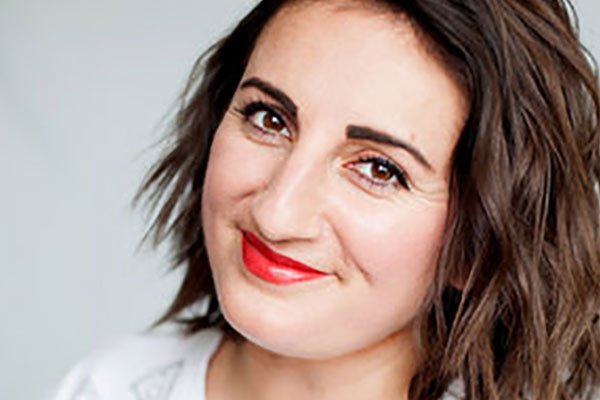 Steph Tolev’s unique brand of absurd and personal comedy has made her an audience favourite throughout North America both on stage and on television. As a stand up, Steph has taped a TV Gala and performed as part of the Home Grown Competition at the  prestigious Just For Laughs Comedy Festival in Montreal. She’s also taped a TV showcase for the Halifax Comedy Festival that aired on CBC.

Her sketch duo Ladystache was part of the 2015 Just For Laughs 42 festival in Toronto and their debut album, So Many Wolves reached number one on the iTunes Comedy Charts.

Tolev was recognized as the  Best Female Stand Up at the 2015 Canadian Comedy Awards  and her debut album, Hot N’ Hungry reached the top of the iTunes Comedy Charts.

On TV, Steph’s been featured on Much Music’s “Video on Trial” and MTV’s “Losing it”, and had her own stand up special on iChannels program “No Kidding”.