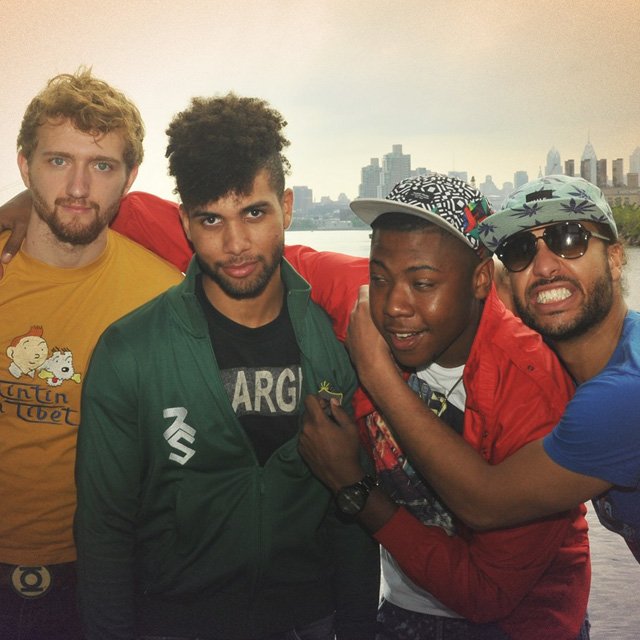 The Burgeoning’s name represents their musical M.O.; they are a fresh take on what rock means in this generation’s musical landscape. The Bensalem, Pennsylvania-based band’s never-ending pursuit of adventure and self-discovery drives their signature brand of poppy yet inventive indie rock. The four-piece is made up of brothers Logan and Alex Thierjung on vocals and bass respectively, lead guitarist Mark Menkevich, and drummer Brandon Bradley. Born from the early songwriting sessions of Logan and Alex in 2011, The Burgeoning’s sound is a combination of the various musical influences of its members. Logan’s admiration of trailblazing British indie rock manifests in his crunchy guitar riffs and, at times, delicate vocals while Brandon’s propulsive drumming is a result of his tenure performing with church groups at an early age. Mark’s sugary guitar melodies reveal his love of all things Beatles, and Alex’s rumbling bass lines pay homage to the 90’s alt-rock giants who formed the genre. Their debut EP, Love Alchemy, Life Algorithm, showcases The Burgeoning’s captivating melodies and haunting lyrics across six tracks of raw, millennial angst. Independently released in early 2014, the EP was a solid introduction to Philadelphia’s underground music scene and soon spawned a loyal #TeamBurge fan base. The band is currently rocking crowds with their energetic live shows while prepping for a spring tour with dates to be announced. Now the band is releasing the EP to the masses on October 14th. These alt-rock newcomers’ individual styles blend to become a unified sound with a distinct, shared mission—to take a sonic journey through the hearts and imaginations of their listeners by drawing them into The Burge’s philosophy of unity, discovery, and growth. In this band’s movement, there is no end to the adventure; only new ones to begin.