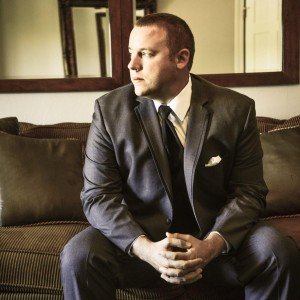 Evan’s personal and professional career path is nothing short of incredible. After the tragic loss of his mother in 2000 and father in 2005, he knew that he had two options for his life path. He could either allow the tragedy get the best of him or use the adverse experience as a foundational pillar that shapes the rest of his life. As his parents would have wanted, Evan chose the latter.

In 2007, Evan graduated with a Bachelor of Music Education degree from Simpson College, a small, private liberal arts college in Indianola, IA. During his time at Simpson, he had got involved in the Campus Activities Board (CAB), Student Government Association (SGA), Student Ambassadors, Storm Sports Announcer, Alpha Tau Omega fraternity, and more. His interest turned from being a music teacher to being in Higher Education and working with college students to produce events.

In 2009 Evan received his Master’s Degree in Higher Education Administration from St. Cloud State University in St. Cloud, MN. While attending SCSU, he worked for the University Program Board (UPB) as a Program Advisor working with student leaders to produce university wide events.

In February 2010, Evan got a call from Arizona State University (ASU) asking him to join their team advising the programming board and overseeing international programs. Shortly after arriving to ASU, Evan’s experience was soon tapped with creating and producing large scale student events. HE did an exceptional job with integrating the student learning aspect into producing them for students that had an interest in learning about large scale event management.

In the fall of 2014 Evan was hired by the Arizona Super Bowl XLIX Host Committee as an Operations and Logistics Coordinator working with a team to oversee the transportation, aviation, parking, game day operations. One month after the Super Bowl concluded, Evan proceeded to start working on his biggest challenge yet — planning his wedding. He admits it was spectacular planning. Since then, he worked closely with the Downtown Tempe Authority producing their large scale events including the largest New Year’s Eve Block Party in Arizona which hosted the state’s second ever open container campus (next to the Downtown Super Bowl XLIX events).

Evan currently lives in Tempe, Arizona with his beautiful wife Elizabeth and two black pugs, Penny and Sheldon. After a fairy tale engagement of earning a $12,000 engagement ring during halftime of an ASU football game, he dropped to one knee right there on the goal line and proposed [VIDEO]. Fortunately for him, she said yes and they were married on March 27, 2015 (just one month following his appointment with the Super Bowl).