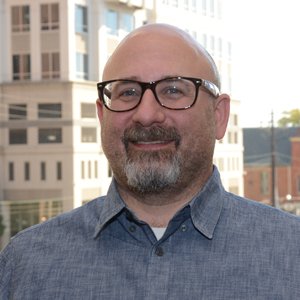 Currently, Senior Agent and General Manager at Degy Booking International, Jeff Hyman has been in the Entertainment Industry for over 20 years.  Starting off working in the college division of Swank Motion Pictures, Inc. as an account representative, and then at Auburn Moon Agency as Vice President and Director of the College Division. Jeff has been working with College and University students, high Schools, Performing Arts Centers, Corporations, Music Festivals and Theaters all around the world booking music, comedy, poetry, speakers and celebrities. His new position at Degy Booking International has him as the responsible agent for over 15 acts and the General Manager for the agency.

Jeff is an active member of several associations and one philanthropy, the RockHouse Arts Foundation. RockHouse’s main mission is to provide under-privileged, and at risk youth with the opportunity to experience music. The foundation does this by donating drums and drumming workshops to foster homes, youth counseling centers and other facilities for children. Giving them the opportunity to use music as a healing tool, emotional outlet, or physical exercise.

Jeff has previously served as a member of the Board of Directors of NACA (National Association of Campus Activities) serving in the role of Associate Member Representative to the Board and to the Executive Committee for 4 years. He has held numerous leadership positions on the regional level for NACA as well including the Mid Atlantic and Northeast Regions, and has won 6 Associate Member of the Year awards.

Hyman has been involved in NACA since a student at York College of PA. He received his MBA from Bloomsburg University. He is happily married and living in upstate New York with his lovely wife and daughter.