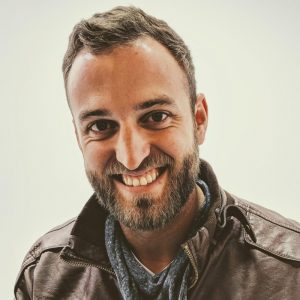 Nick has been surrounded by music ever since he was a young’n. Growing up in Northwest Illinois he played the drums and sang in bands all through middle school, high school, college and beyond. After graduating from Iowa State University with a degree in Hotel Restaurant Management, he realizes it was time to hang the drum sticks up and find a career he was passionate about, while staying close to the music community. Through a few life changing connections and internships, he was introduced to the world of experiential marketing & music touring. Nick quickly became a Tour Manager for large experiential marketing agencies that served brands such as JCPenney, COUNTRY Financial, Dodge & the Air National Guard on music tours with bands such as: Rascal Flatts, Train, Jake Owen & the Country Throwdown Tour (featuring Florida Georgia Line, Gary Allan, Rodney Atkins, etc.). Through these years of touring Nick ending up moving to Nashville, TN (where he currently still resides) and start a side hustle company called Little Owl Entertainment. LOE essentially combined Nick’s loves for touring, playing live music and hosting events. LOE found a niche market is booking talent and producing large scale event for the private golf & country club industry. Then in 2013, Nick was asked by the management team of country music artist Hunter Hayes to join Hunter’s touring team. Finding a way to still book talent and produce events around Hunter’s dates, Nick took the opportunity and held on as Hunter’s career was just beginning to explode with growth. Nick has been extremely blessed to have been able to work with Hunter ever since as his Production Assistant & now Tour Manager. Looking to take the next step in his career, Nick and Ari Nisman started taking about ways to work together. Little Owl Entertainment recently decided to join forces with the great Degy Entertainment. Nick is honored to oversee all bookings with clients in the Private Golf & Country Club, Home Owners Association and Resort spaces for Degy Entertainment. In his free time, Nick enjoy’s concert-going, working out, boating, visiting family and friends & hanging out with his kick ass wife.