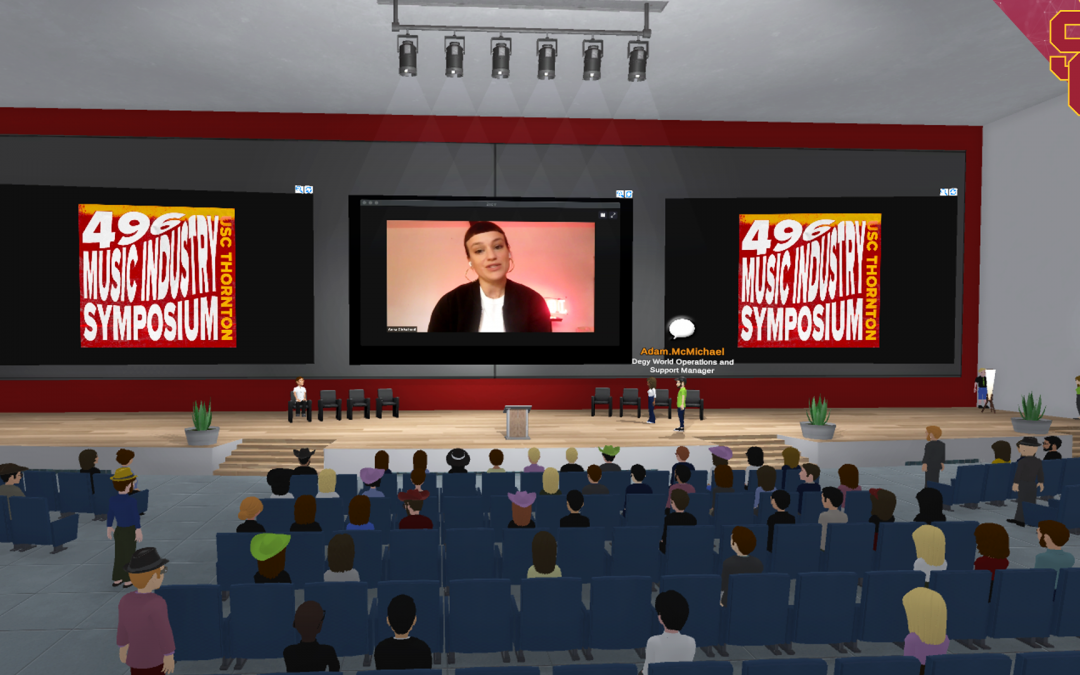 On November 8th, Degy World opened its virtual doors to the students of USC’s Thornton School of Music for their Music Industry Career Networking Symposium. This networking event provided a unique opportunity for these students to connect with industry professionals in a time where such possibilities are limited.

The schoolwide symposium featured approximately 50 speakers from companies including Spotify, Twitch, Warner Chappell Music, Interscope, BMI and UTZA, as well as a keynote address from Anna Bulbrock, musician and founder of Girlschool. Moreover, USC’s very own Brooke Finegold from the class of 2020 drew a significant crowd to watch her perform on our Oasis Stage. A key aspect of this event took place in the breakout rooms. These were intentionally small, “because our class wanted to make sure that every student that came to this event got a true, genuine interaction,” student organizer Paris Watson said. Resumes were collected, and speakers asked for students’ emails to stay in touch. Watson knows at least one student who may have an internship as a result of the event. “It was networking on steroids,” she said.

Perfectly stated by Xavier Bradely, another student organizer, “Degy World represented this new lane of digital live entertainment. It’s obviously a lot different from live entertainment, but I learned a lot because there are a lot of similarities — booking, RSVPs, marketing. And all the students were excited because they thought it was like The Sims grown up. It was so much fun!”

Check it out below! 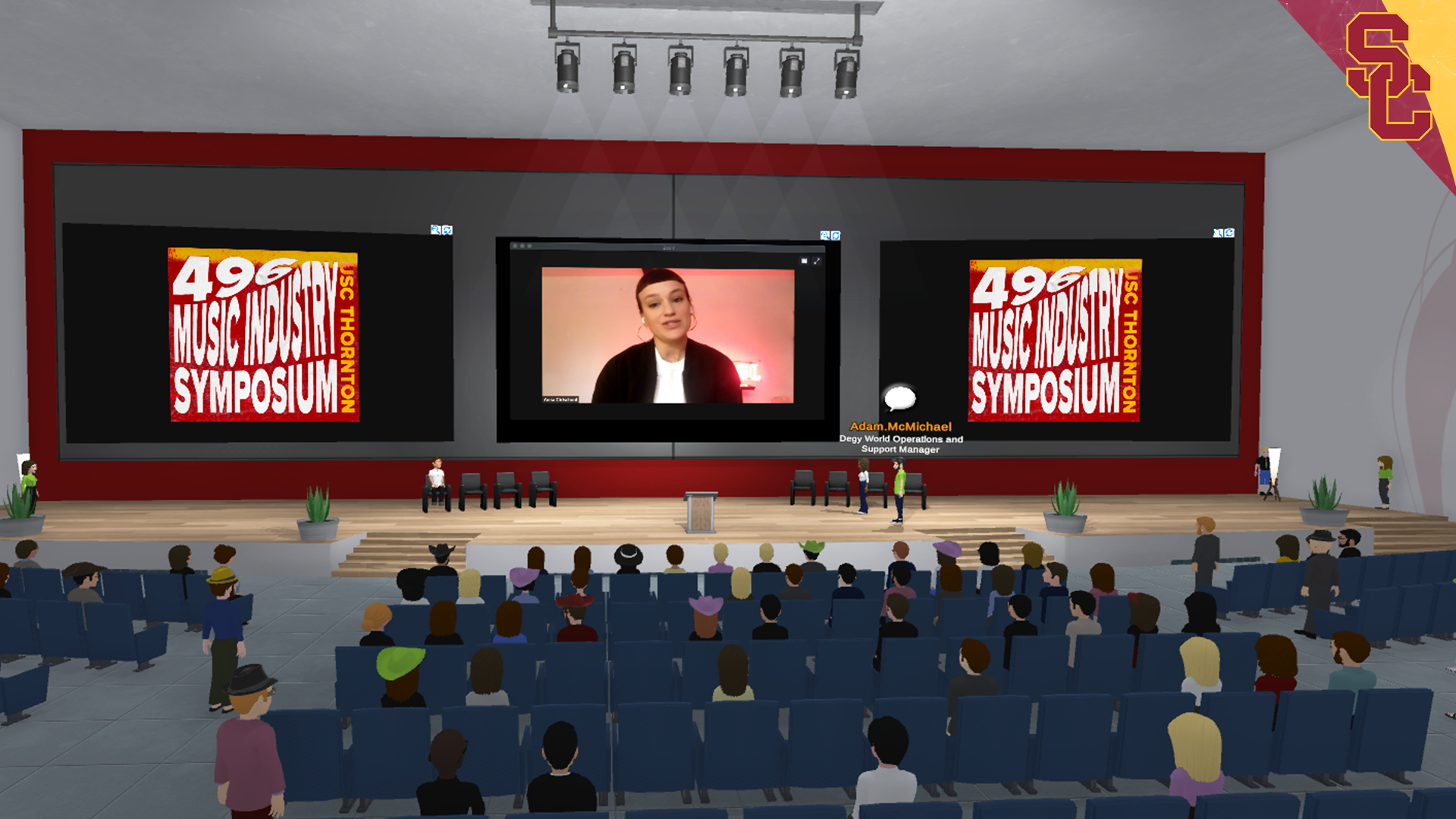 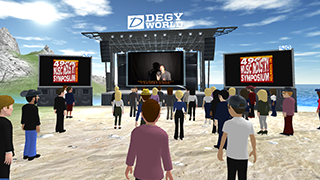 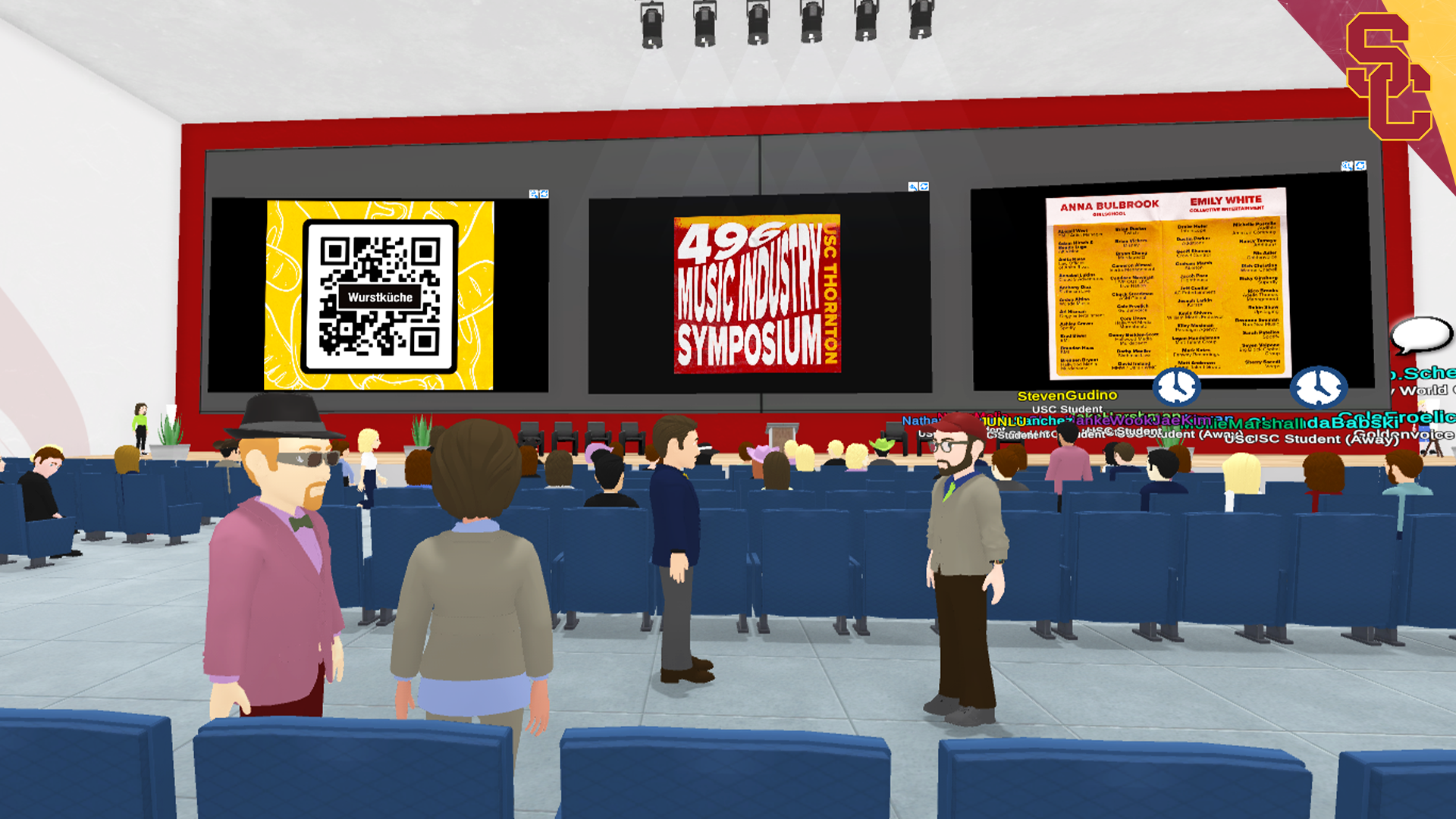 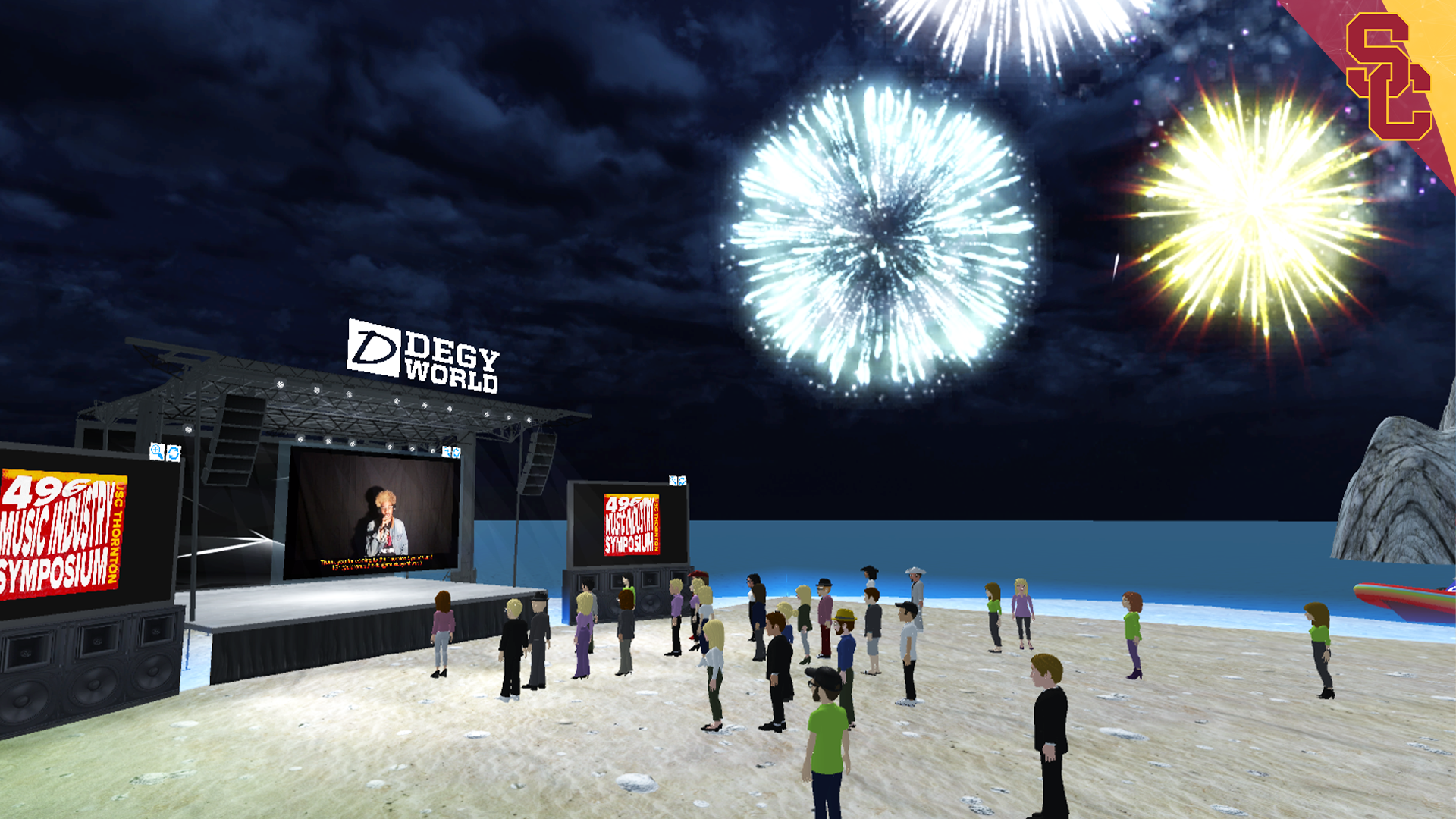 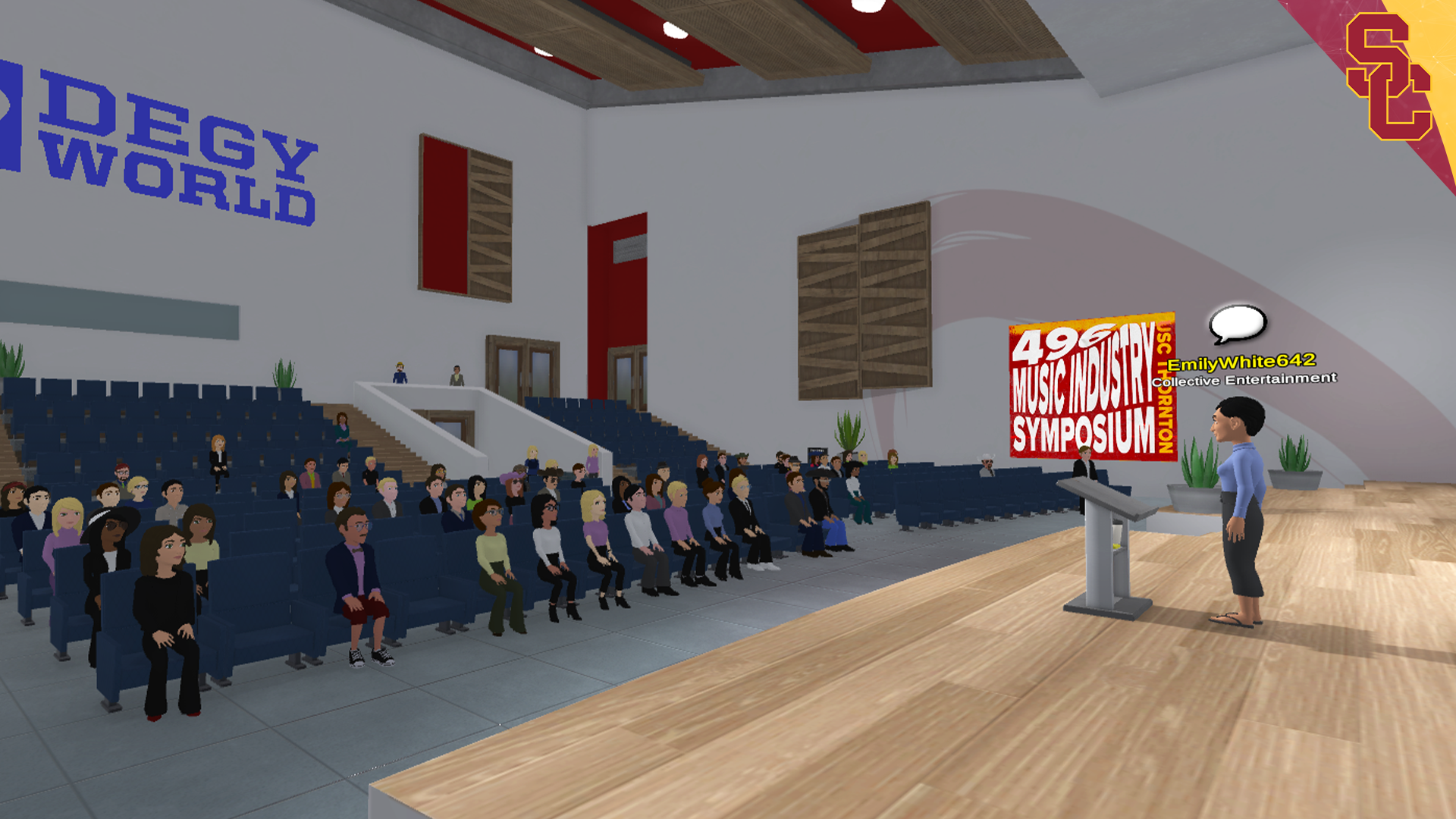 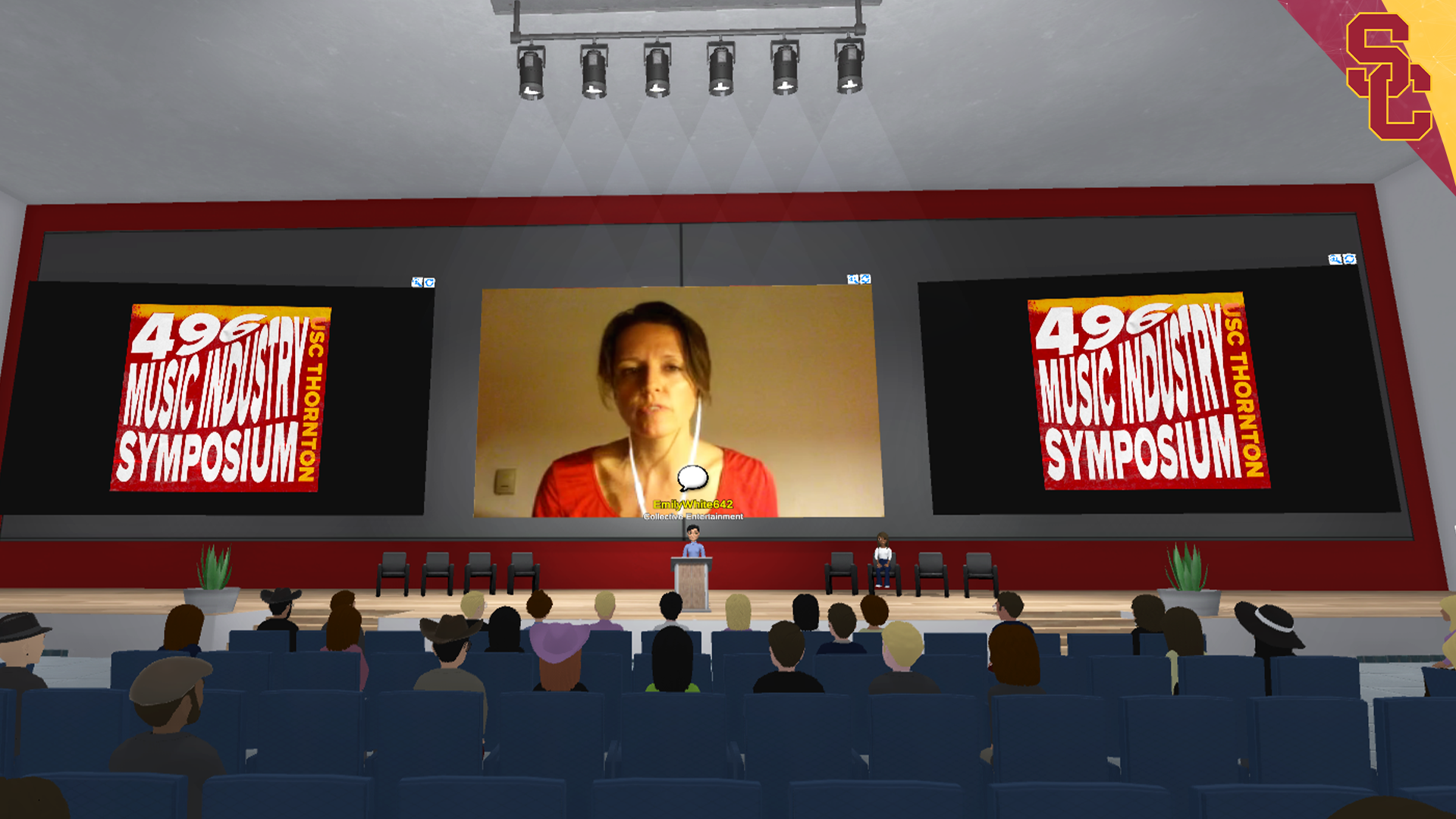 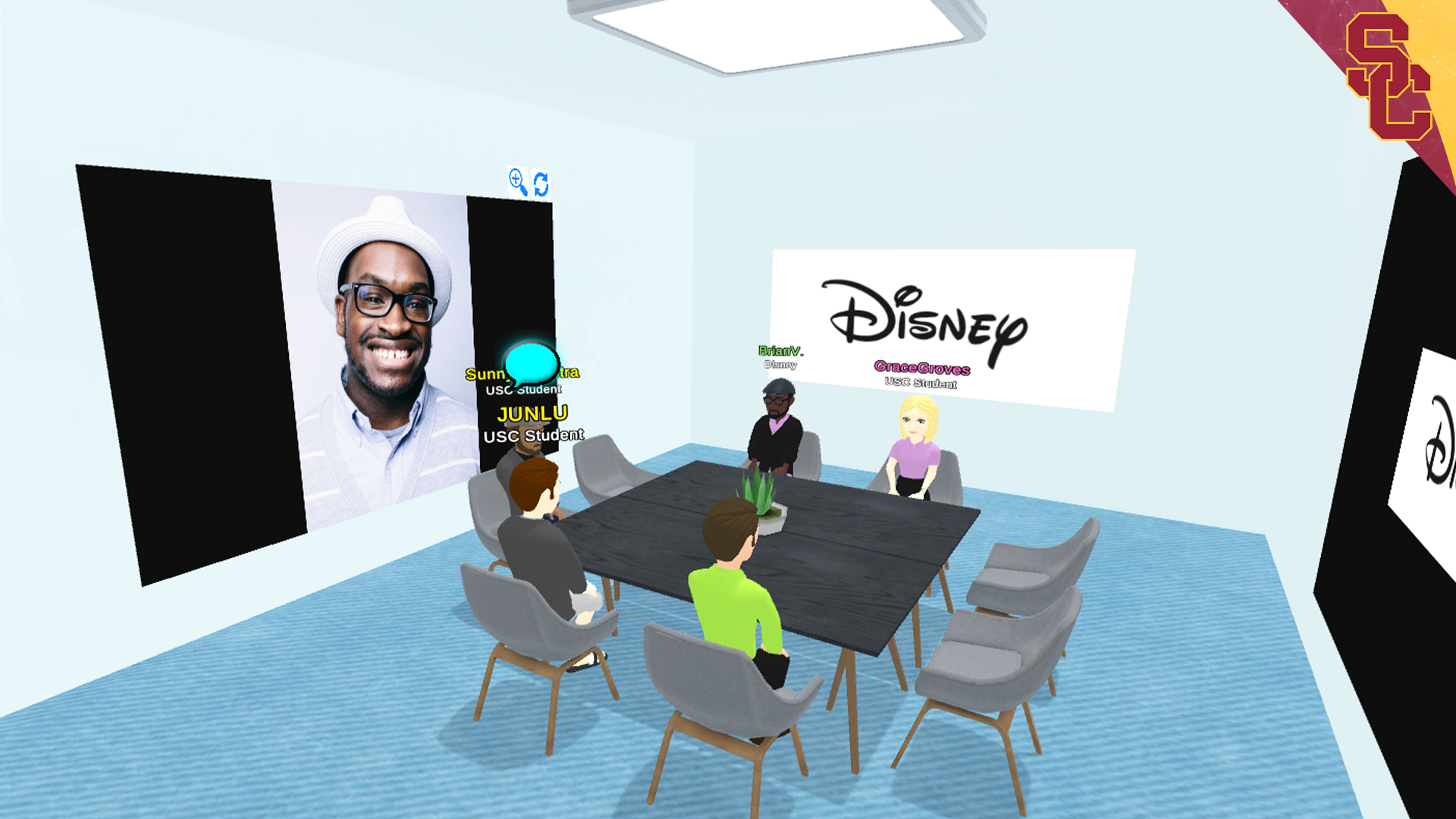 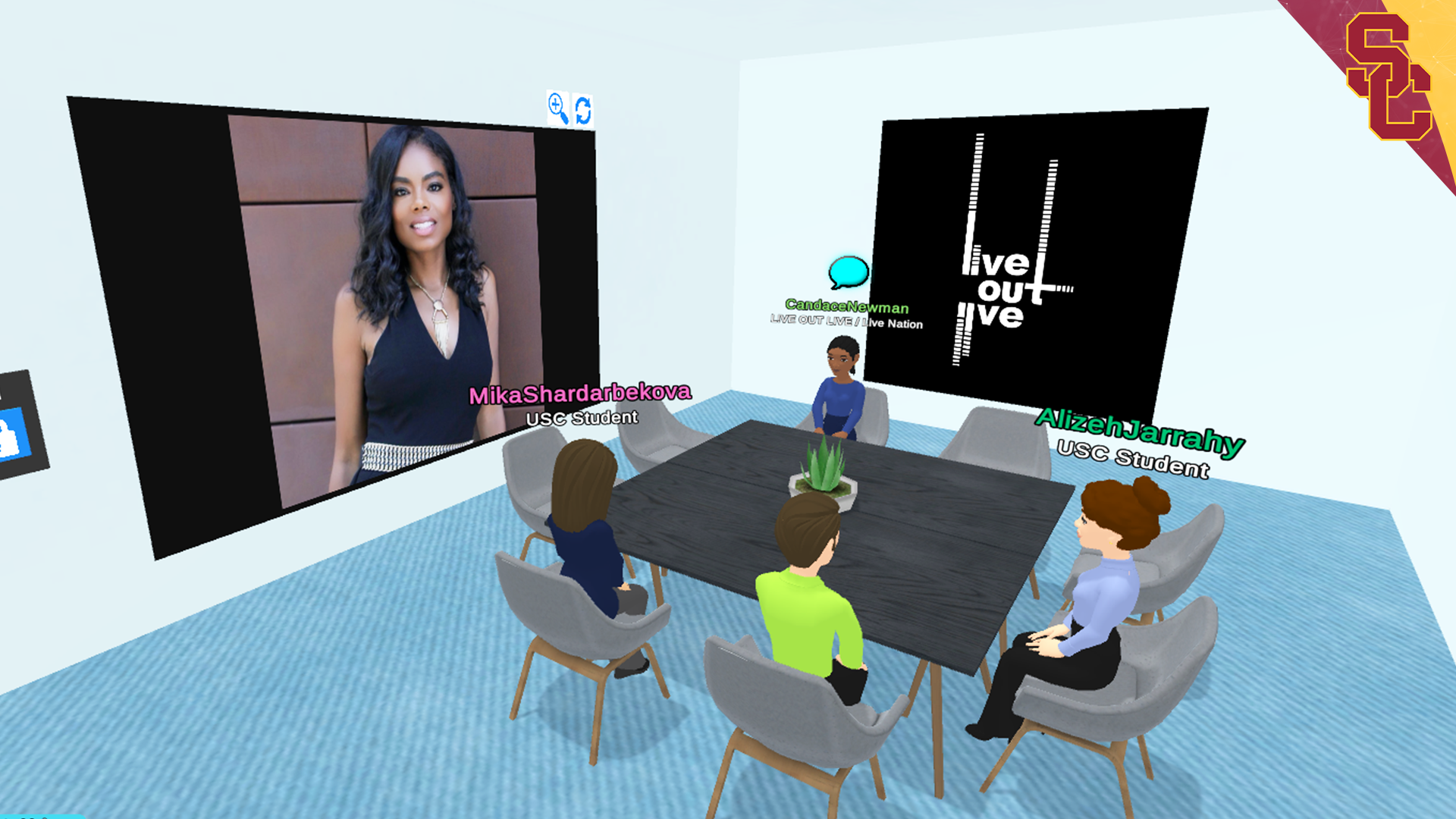 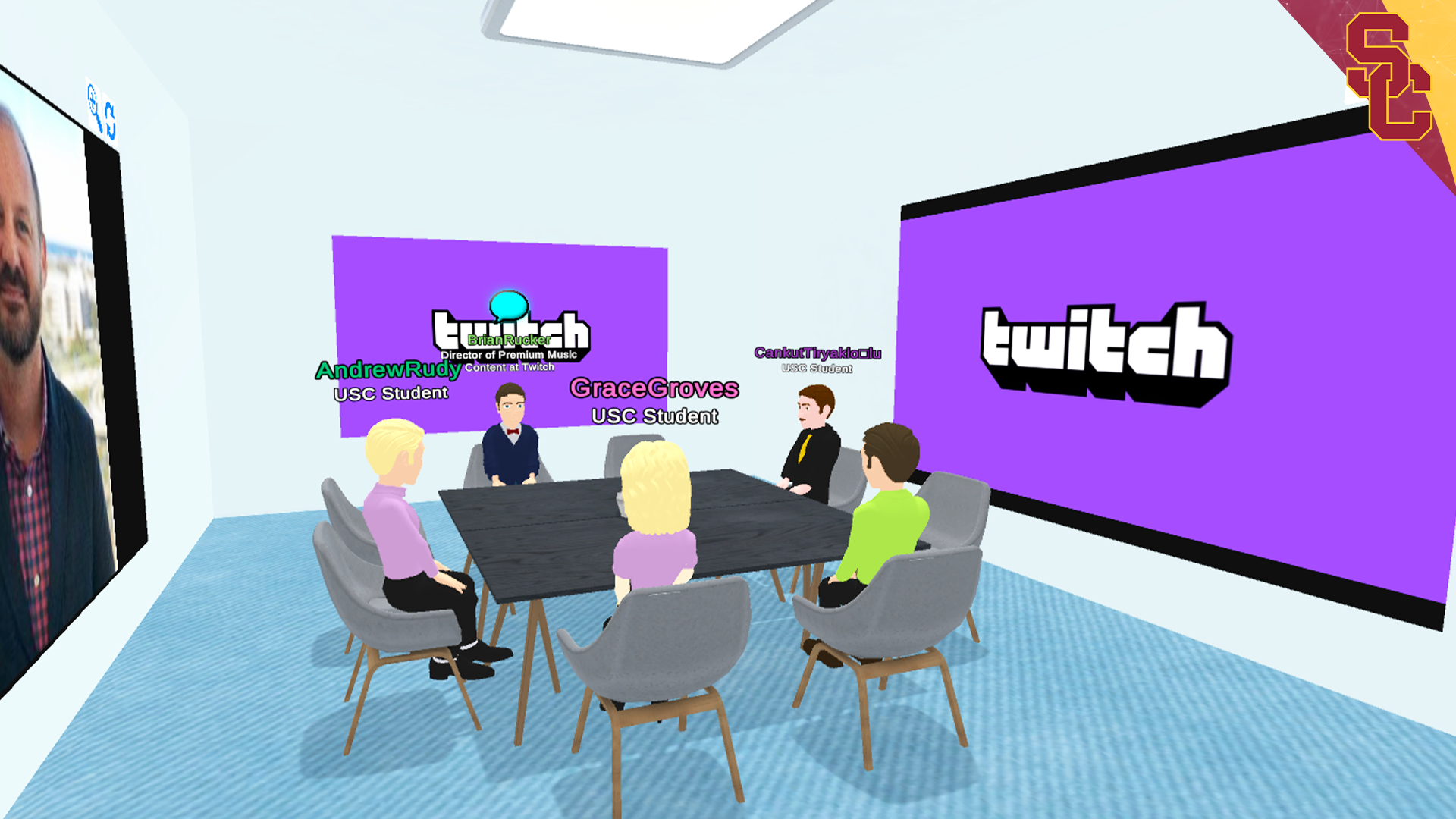 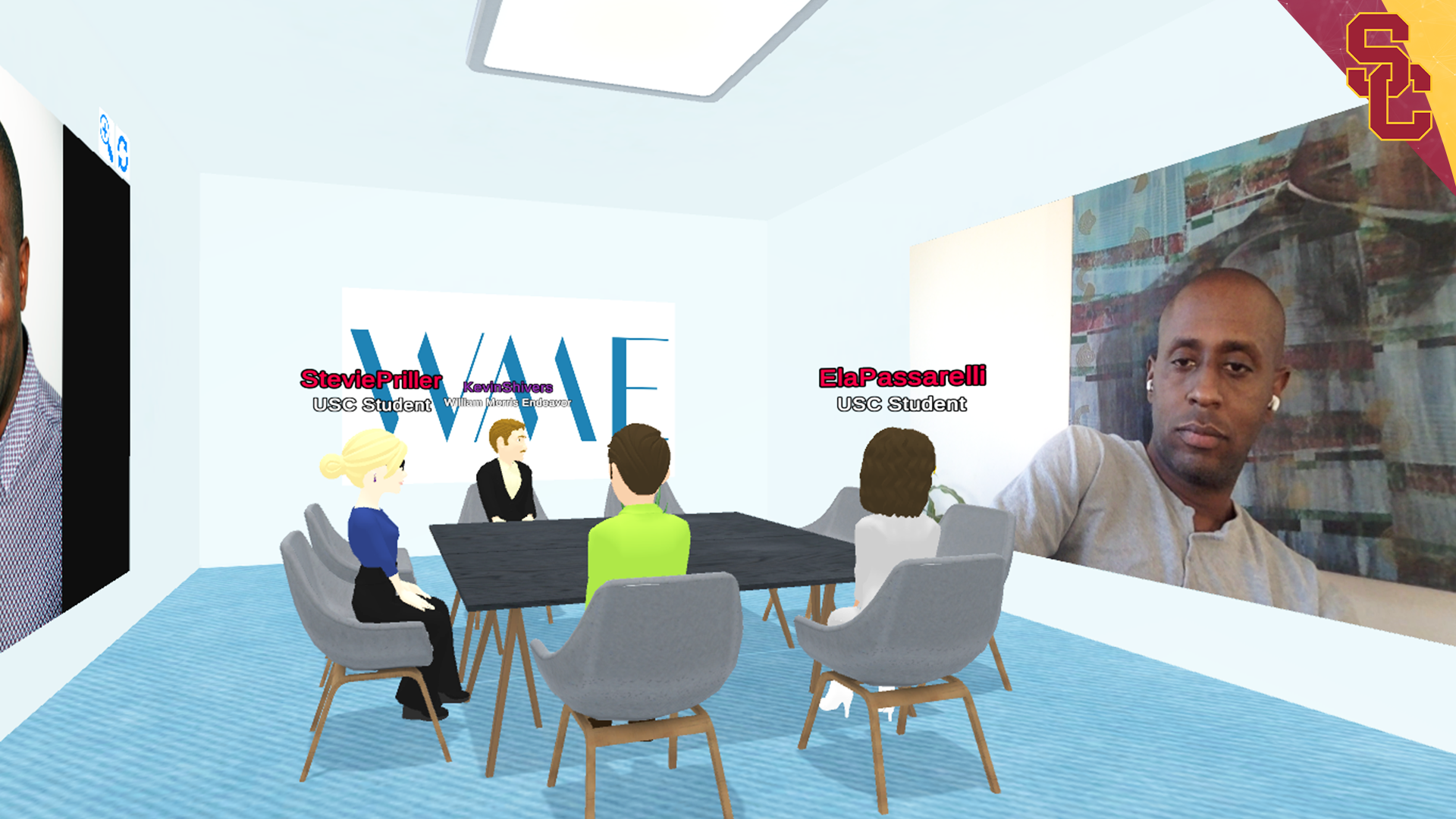 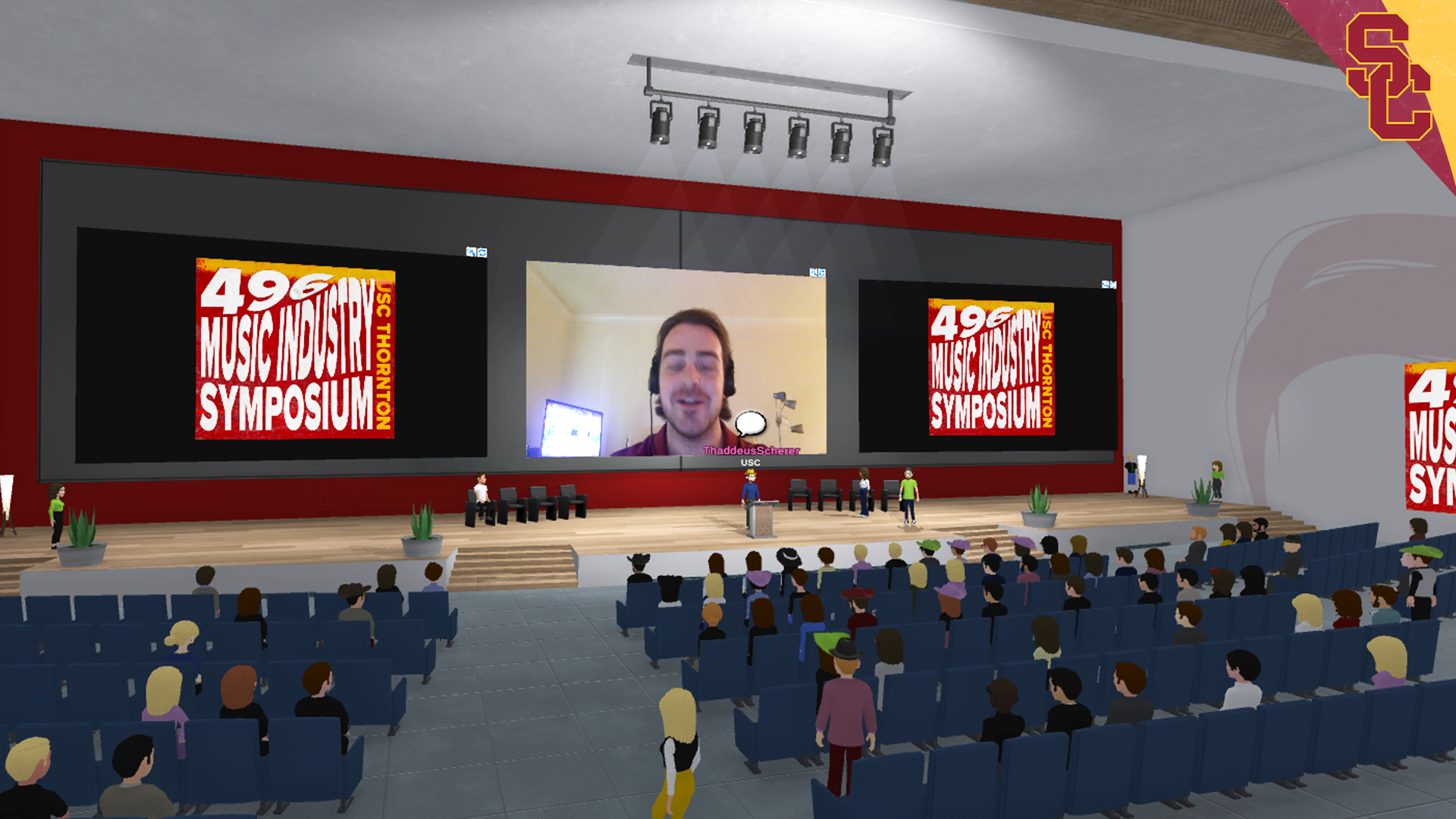 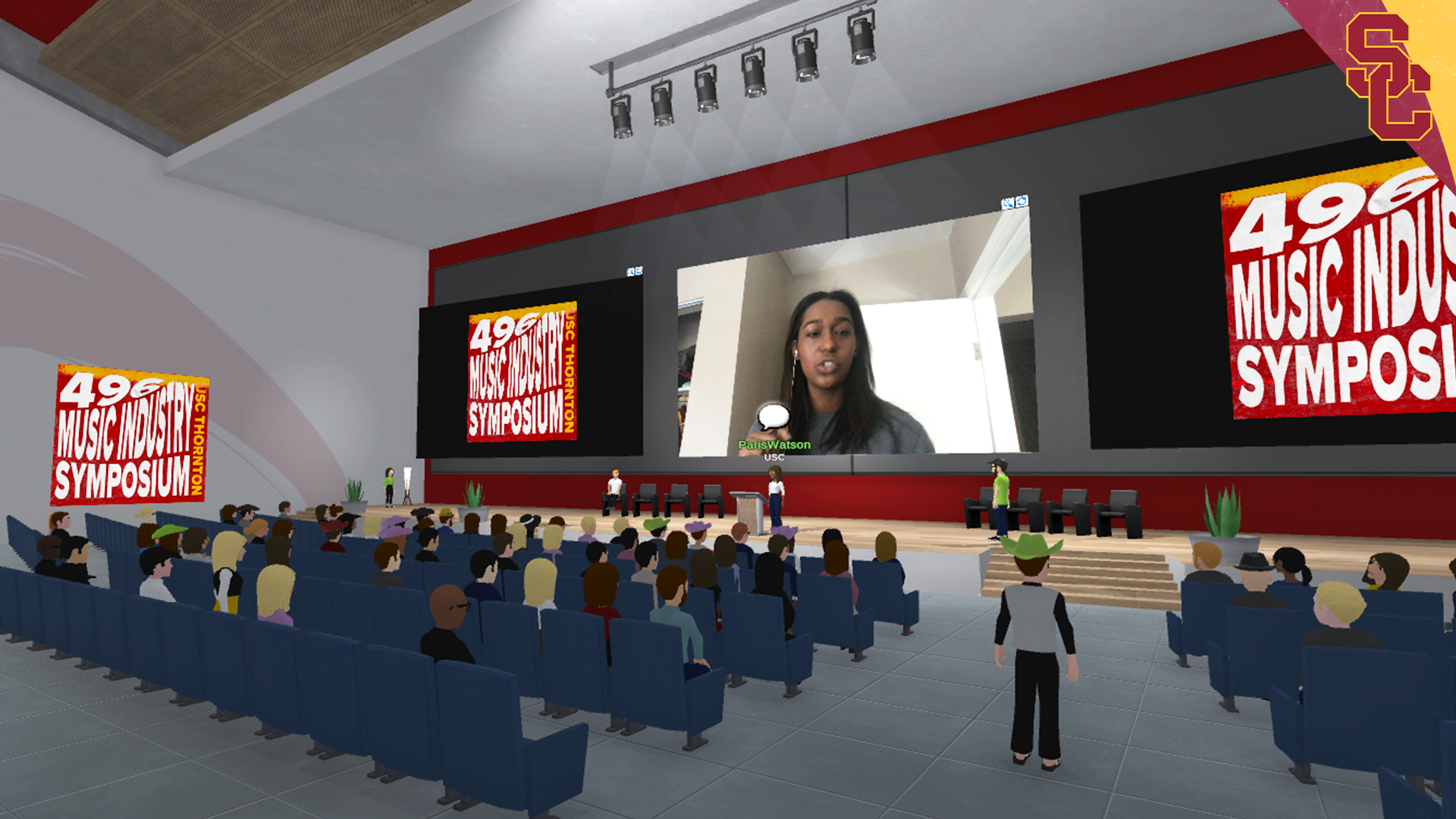 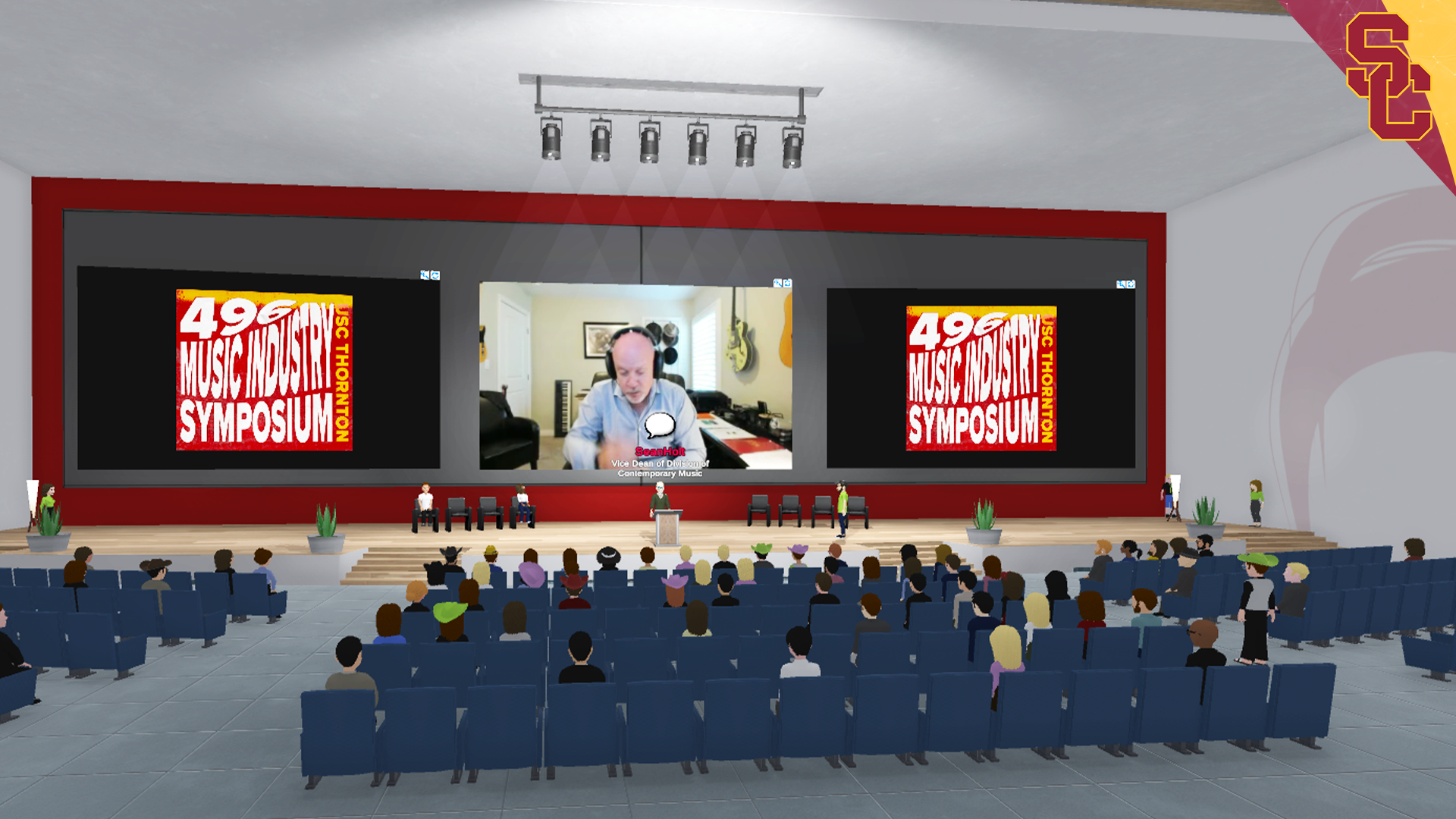